In late November last year, PACE received the amazing news that it had been shortlisted for the Queen’s Award for Voluntary Service. This is the highest award that can be given to a volunteer-based charity in the UK. With such a prestigious award up for grabs, there, of course, comes a long, rigid vetting process.

Mike Brace – a former Paralympic medallist and current Queen’s Deputy Lieutenant for London was assigned to get a closer look at what PACE does. 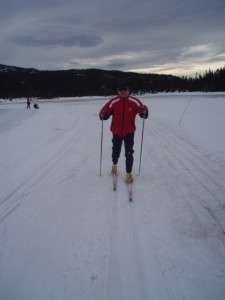 A few weeks ago, I was lucky enough to speak to Mike about his myriad of careers: being a Paralympic athlete, how he landed the position of Queen’s Deputy Lieutenant and the various challenges he faced throughout his life.

What are your day-to-day duties as The Deputy Lieutenant of London?

I became a Deputy Lieutenant of London just over three years ago. You are nominated (but you don’t know by whom) and then you get a letter offering you the position. It is totally voluntary and you pay for everything yourself. This includes travel costs to events and when you officiate at functions, any events you attend and the uniform if required. You hold the post for ten years or until you are 75 whichever is the sooner. In London there are about 85 Deputy Lieutenants and we act as the Queen’s representatives in our local authorities and we support the Lord Lieutenant of London. There are three main sub-groups:

What has been one positive experience you have drawn from the Covid-19 Pandemic?

A lot of the face-to-face work has been stopped during the pandemic and the thing I have learned about myself as a result of lockdown etc, has been the mental strength and discipline that my career as a Paralympic athlete has given me. Although bored I have managed to motivate myself to find things to do to keep me occupied. I have a guide dog which needs daily exercise and despite at times not feeling like going out in all weathers, I have had the discipline to go every day without fail.

Have you met the Queen?

Although we are the Queen’s representatives, I have not met her through my role as a Deputy Lieutenant, but I have met her on at least 3 occasions

Firstly, when she awarded me an OBE in 2005 and then 3 days after at Buckingham Palace when she hosted a dinner for the Olympic and Paralympic Assessment Committee. I also met her at a formal dinner celebrating the British Olympic Committee’s centenary celebrations.

Before wining and dining out with royalty, am I right in saying you saw great success as a Paralympic athlete?

Much of the above came about because of my involvement with sport at all levels. I went blind at age ten from a firework accident and sport was the crutch that I relied on to help me adapt and progress.

When I left school aged 17 there was absolutely no sporting opportunities in Hackney where I was living or in fact across London. I got together with a few friends and we set up the Metro Sports Club for the Vision Impaired. We then were being asked to try a range of different sports one of which was cross-country skiing. I went and organised a trip to Norway and 2 years after the first Winter Paralympic Games were initiated in 1976. I competed in six Winter Paralympic games, three world championships and two European Championships.

When I was too old to compete, I took up managing the Ski team and then the whole Paralympic Winter Sports Team. I was still working fulltime as a social worker and then social work manager, so juggling in effect, two careers – as an athlete and as a social worker – was immensely challenging but exciting.

I got the taste for sports management and ended up managing Vision impaired cricket teams at the World Cup in India, athletics teams in Germany and France as well as Winter Sports Teams across the world.

Wow, that’s sounds incredible! What was your proudest sporting achievement?

My proudest achievement/involvement was to be asked to be part of the London 2012 Olympic and Paralympic bid team and then the organising Committee for the games. I was in Singapore in the room when we won the bid and that is something I will never forget.

My involvement with the games brought me into contact with Princess Anne who was on the bid Committee and then organising Committee with me and she presented me with my CBE for Services to Disabled Sport in 2009.

What was the experience of attending a Paralympics Games ceremony like?

Sport has taken me all over the world including trips to South Africa once apartheid had been abandoned, to Bangladesh and to Australia and America. I have attended 9 Winter and 4 summer Paralympic Games and just being there was such a thrill and then to present medals at London 2012 was the icing on the cake.

Do you have any advice for our athletes looking to break into the Paralympics GB Team?

My advice to any would-be Paralympic athlete is probably not surprising and a bit boring. You have to put in the hard work as nothing happens for free. Get quality advice and coaching but in the end your mental strength and personal ambition will be key. I think it gives you an amazing insight into yourself and your strengths so you need to be prepared to understand and accept what you learn.

Now that I am getting old I have been doing a lot of looking back and much of my time now (when not locked down) is undertaking after dinner speaking or talking at conferences and trying to get people to challenge their attitudes to disability. We are people first and disabled second – and sport can provide a fantastic vehicle to challenge perceptions.

You spoke about looking back there – am I right in thinking you have written books discussing your personal experiences?

Yes, you are correct! I have written two books to take this further.

“Where There’s A Will”

This covers the progress through my two careers – athlete and social worker/charity CEO and includes being featured as the subject of a television programme called “This Is Your Life” in 1981.

My motivation was to share my experiences (good and bad) with other people experiencing the same barriers or attitudes and at the same time hopefully challenge and change the attitudes of the non-disabled and help them understand their prejudices and misconceptions.

If anyone gets the books from Amazon then I would be really interested in hearing your thoughts and reactions.

Well Mike, as everyone can see you’re a very busy man indeed. So a massive thank you to you from PACE for taking the time out to participate in this interview. You’re a true inspiration, and we hope to see you at a PACE session very soon.