PACE at The Army Engagement Evening

PACE was recently invited by the Army Engagement Group to an evening reception. The aim of this evening was to promote greater awareness and understanding of the Army, particularly amongst communities who may not be fully aware of all that the Army has to offer.  One of our coaches, Alex Dukes, represented PACE and attended the event at the Greenford Town Hall for a chance to learn about the various different aspect of the British Army – from the Navy Cadets from school age of 11 – 16, to hearing first hand experiences from Army veterans of 20 years on the job.

Later on in the evening, there was also 45 minute presentation led by Major General, Chris Ghika, CBE, where he highlighted the numerous benefits that can be gained from choosing a career in the Army. Whether that be finding a sense of purpose in your life or access to free further education courses. After the presentation, there was Question and Answer session where the audience were asked to field questions to the Army Officers. Alex asked, whether there are any opportunities for disabled people looking for a career in the Army. Major General Chris Ghika responded saying “Unfortunately people with pre-existing conditions cannot join the Army in the frontline”. However, there are other opportunities for people in the more of supporting role capacity such as office work making sure that a day – to – day activities run smoothly”.

While it was disappointing to hear that the Army won’t accept people with disabilities, it was encouraging to hear that there are other pathways into the Army available for disabled people and that they actively encouraging more people to sign-up. Speaking on the event, Alex Dukes said “It was great honour to be invited by The Army Engagement Group and to represent PACE. The Army and disability sport have always shared a special bond that goes all the way back to the first Paralympic games in 1947. It was evident that the bond is as strong as ever after speaking to several different Army men and women who shared my deep belief that, sport can be a true healer both physically and mentally”. 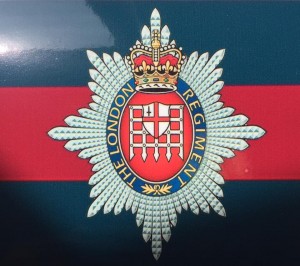 No Response to “PACE at The Army Engagement Evening”