Since their first session the PACE Presents… Poetry group have been hard at work creating their own Haiku poems – the subject of the first poetry lesson. A Haiku is a traditional Japanese poem formed around the use and sounds of syllables. And, of course, PACE members rose to the occasion, utilizing their newly found knowledge of Haikus and applying that knowledge to create their own personal. Some examples of which you can see below. 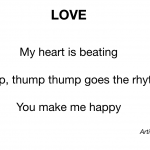 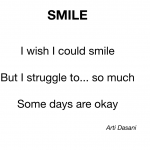 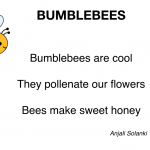 After discussing each others’ Haikus, the group then moved on from Haiku poems and turned their attention to extended metaphors poems.

Distilled to its simplest form, an extended metaphor is a metaphor that extends through several lines or even an entire poem. After a detailed explanation and example from class teacher, Amrit, she then showed the group a video of the sea and set them the task to think about what words, phrases or images come to their minds when thinking about the sea, and then turn them into metaphors to shape a poem of their own. The metaphors discussed by the varied wildly in tone and meaning, from the sea tranquil and calm to the sea is huge and vast which Amrit was very pleased with, encouraging the group to think outside the box. 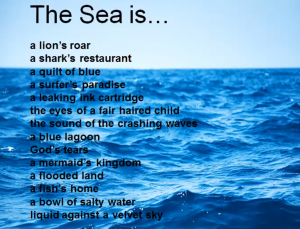 Emboldened by the fantastic examples discussed, Amrit then set them the group task of creating their own extended metaphor, but this time on the subject of PACE. Titled PACE is – the prevailing themes that came out of the discussion was that PACE felt like a “home” that is “safe” but also cultivates a “healthy competitive environment.” 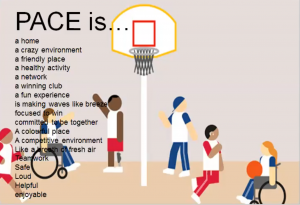 As the session came to its conclusion, buoyed by the group’s imagination and ingenuity shown throughout the session, Amrit set them the task to create an individual extended metaphor poem on a subject or theme that inspires them.  The poems will be read out next week and we cannot wait to hear what influences and/or events that have impacted the groups lives. 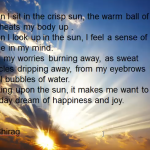 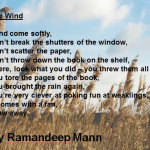 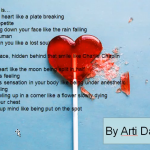 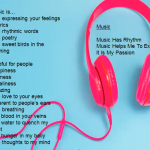 As well as writing and developing their own set of poems dealing with subjects close to their hearts, the group, for inspiration, spent the majority of the third session analysing and discussing a famous poem called “Still I Rise” by Maya Angelou. The group unanimously agreed the poem is a powerful piece of work dealing with issues of racism, sexism and inequality. The poem was published in 1978 and the author, Maya Angelou, was empowered to speak about injustices in the world through her poems, drawing inspiration from her own experiences growing up in the southern part of America as a black woman in the 1960s, many of which are still prevalent in society today. 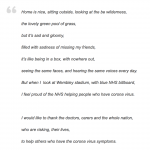 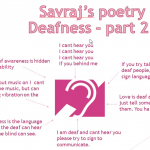 In the final session, the group created a “poet-tree,” the roots of which are supported by our members favourite poems. The rest of the tree was fit-to-burst, full of the amazing poems our members created over the last month. From Haikus to extended metaphors, we have been blown away with what they have been able to create in such a short amount of time, so much so we have compiled just a few of our favourites.

Lastly, we would like to thank Amrit, who, in these series of sessions cultivated an environment of encouragement, healthy debate and positivity. Without which none of these incredible poems would have been possible.

No Response to “PACE Presents… “Poetry with Amrit””